Bullet-Proof Armor… Coming Soon to a Power Grid Near You!

Back in 2013, utility power grids were protected by little more than a chain link fence. This ultimately was ineffectual against the Metcalf sniper attack, when gunmen fired on the Metcalf Transmission Substation in California, resulting in $15 million worth of damage. While the substation owners were able to prevent power outages, it was clear that a similar attack elsewhere could cause severe power outages. 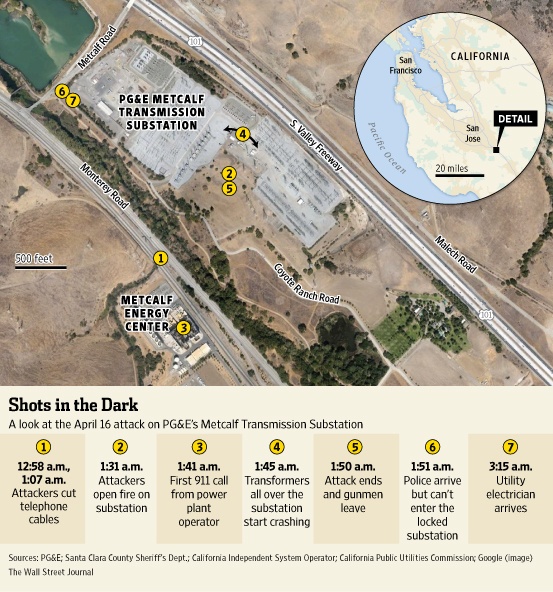 In response to this assault and others, the Idaho National Laboratory (INL), created a patent-pending ballistic barrier system, the Transformer Protection Barrier, to protect substations from future attacks. The system is designed to withstand bullets, explosives, and extreme winds.

Chad Landon, head of INL’s Defense Systems Materials Technology and Physical Analysis department notes that the lab’s mission is to make the United States’ critical infrastructure more reliable and resilient. “We are trying to be proactive and provide solutions to threats when they emerge. Based on the 2013 incident and similar situations, we decided to come up with a solution.”


That solution is strong enough to withstand high-powered rounds of ammunition but is also relatively cheap and easy to set up. Made from low-cost metal materials, Transformer Protection Barriers can be constructed locally in less than an hour using on-site forklifts and lifting tools. Units costs less than $36,000 to build.

While the prototypes look a lot like your basic walls, a single unit can remain stable in winds exceeding 100 miles per hour, act as a fire barrier, and protect transformers from high-powered round of ammunition.


Landon discovered this latter feature while doing some extra research. “After the linemen set it up,” he said, “we took it out to the National Security Test Range and shot at it. The unit will withstand 50-caliber rounds.” However, Landon assures that this likely won’t be a common issue, noting that “the standard will probably not require this level of protection.”


While utility companies haven’t done much with the barrier system yet, Landon and his team are happy to have a solution for areas where wind or fire could cause a lot of damage to the grids nearby.


Don’t want to rely on your power grid or its armor? Call about going solar today at 407.331.9077. We’d love to help you make the switch to a more renewable lifestyle.