Diamond Batteries: The Next Big Thing

Energy storage has had a lot of press, lately. Affordable home battery backup options with great efficiency are finally on the market and people are looking to buy them. But batteries still have a ways to go until they achieve peak energy storage.

Enter the scientists at the University of Bristol. Originally concerned about the problem of nuclear waste, they developed a new type of battery that could change how we think of energy storage.

What’s so exciting about this battery? It’s a diamond structure that turns nuclear waste into nuclear energy.

“There are no moving parts involved, no emissions generated, and no maintenance required, just direct electricity generation,” said Tom Scott, Bristol’s Professor of Materials. “By encapsulating radioactive material inside diamonds, we turn a long-term problem of nuclear waste into a nuclear-powered battery and a long-term supply of clean energy.”

Nuclear waste is stored in graphite blocks. Graphite is another form of carbon, and when it becomes altered by the nuclear energy, it turns into the radioactive isotope “carbon-14”.

Carbon-14 will eventually turn back into normal carbon once its extra energy decays away, but it’s a lengthy process, as carbon-14 halves every 5,730 years.

To try and deal with the growing amount of carbon-14, the Bristol scientists heated these blocks, burning off and turning the radioactive carbon into gas, which they then collected. The remaining graphite blocks are still radioactive, but less-so, meaning they become less of a problem and less of a cost-constraint.

Using the collected gas, the scientists converted the radioactive carbon-14 into a diamond at low pressure and elevated temperatures. 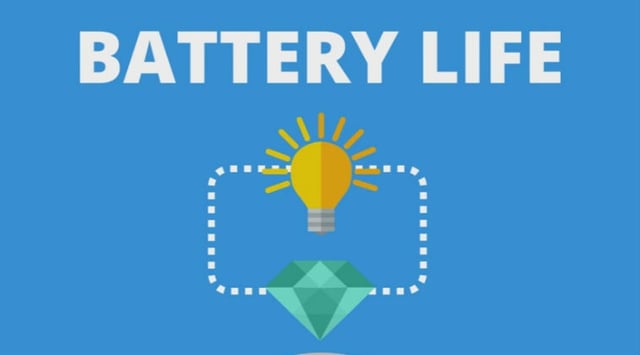 Because diamond batteries are made of the radioactive carbon-14, they are extremely efficient and can last a long time. To put their lifetime into perspective, they would use 50 percent of their power in the year 7746!

To be used safely, another non-radioactive diamond layer must be formed around the radioactive diamond. This encapsulates the dangerous radiation so that on its outside, a diamond battery would emit less radiation than that of a single banana. Plus, by absorbing the dangerous radiation, the outside layer is able to convert even more electricity, and becomes almost 100 percent efficient.

These diamond batteries would best be used in instances where it’s not feasible to charge or replace conventional batteries like in space exploration, satellites, or even pacemakers.

Interested in a home battery backup that you can get today? Give us a call at 407.331.9077 or contact us online to find out what options are available for you.