A leaked audio tape has recently come out from the State Energy/Environmental Leadership Summit in Nashville (a utility-driven conference) where Sal Nuzzo, a vice president at the James Madison Institute (JMI) in Tallahassee, admitted that the utility industry is attempting to deceive voters into supporting Amendment 1. In the tape, he outlines the strategy used by Florida’s largest utilities to create, finance, and develop Amendment 1 as a pro-solar initiative, when it’s in fact the complete opposite.

Nuzzo, who is also a policy director, called the amendment “an incredibly savvy maneuver” that “would completely negate anything [solar supporters] would try to do either legislatively or constitutionally down the road.”

“As you guys look at policy in your state,” Nuzzo continues, “remember this: Solar polls very well. To the degree that we can use a little bit of political jiu-jitsu and take what they’re kind of pinning us on and use it to our benefit either in policy, in legislation, or in constitutional referendums--if that’s the direction you want to take--use the language of promoting solar, and kind of, kind of put in these protections to for consumers that choose not to install rooftop.”

It wasn’t until several days later that JMI put out a statement claiming that “at an event with an unfamiliar, national audience, Mr. Nuzzo generalized his commentary and misspoke in reference to JMI partnering with Consumers for Smart Solar in any capacity.” The day before JMI’s statement, however, Nuzzo confirmed his comments. 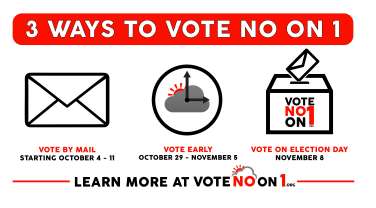 David Pomerantz, the executive director of the Energy and Policy Institute, one of the groups who obtained the tape, believes the audio reveals that those behind Amendment 1 “were very clear about the utilities’ plan when they thought the public wasn’t listening. They’re trying to confuse voters into believing their utility-backed ballot initiative is pro-solar.

“It’s a dirty trick, and Floridians should show them that they’re too smart to let them get away with it.”

The audio recording, which was supplied to the Herald/Times, can be heard in its entirety below:

Remember to vote NO on Amendment 1. Call or contact us at 407.331.9077 to learn more about this deceptive amendment.