Tell Me About Tesla: Is the Powerwall Battery Worth It?

There’s been a lot of news going around about the Tesla Powerwall Battery. Wall-mounted, with a clean design and smooth surface, not to mention that it’s coming from Tesla, you just know that this battery is going to work great and look even better.

But what’s so fantastic about this battery? Why does everyone want it? Here at Superior Solar, we’ve gathered some of the common misconceptions many people have about the Tesla battery to help you decide if it’s something you should actually be investing in.

The Tesla Powerwall Battery can power everything in my house!

The rated output on this battery is 2,000W… enough to run a few small appliances for a few hours simultaneously. Most homes would need 4-8 batteries to effectively handle big loads of energy consumption, which would definitely get pricey. Understand that on one battery, air conditioning and electric water heating are out of the question. These types of battery systems are better suited for emergency use only. Think of charging your phone, or keeping your refrigerator cool.

The advertised price is simply amazing!

Actually, the Tesla Powerwall Battery is a lot more expensive than other battery technologies and it doesn’t offer as much power storage. Huh? While battery backups have been around for decades, they’re not nearly as attractive. Compared to the Tesla, they’re bigger, heavier, and require maintenance. Tesla’s battery, instead, has a longer life and doesn’t require as much maintenance… but its most revolutionary feature is still its beautiful design. It looks very nice, and it says “TESLA.”

The battery will save me money!

It won’t, unless you have solar power. Batteries need electricity to stay charged, and in the case of a straight battery backup system, that power will come from the utility grid (and you’ll be billed accordingly). With solar panels, however, you’ll be able to use the free energy from the sun to charge your battery, giving you solar panel-produced energy during the day, and a solar-charged battery at night.

Some newer battery solutions are starting to offer smart charging solutions that take advantage of time-of-use discounts that are available in a limited number of areas. Your battery gets charged during times when energy rates are low and then discharges when energy rates are high. It’s enough to result in some savings, but this type of variable rate structure is very uncommon in Florida. 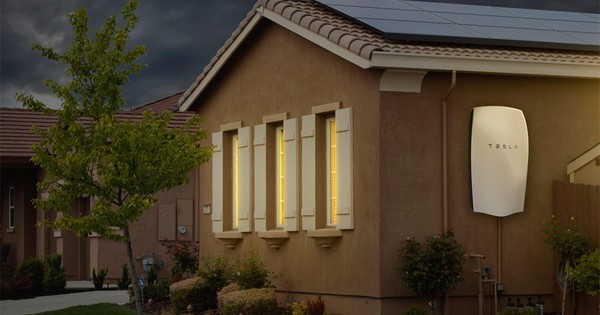 The Tesla Powerwall and Going Solar

Having a battery backup is a great idea if you have solar panels. Right now, the only way to store and retrieve excess energy is by relying on the grid, which basically acts as a huge battery for solar consumers through the net metering process. While some could argue that there’s no real reason to install a battery unless you’re worried about power outages, you should know that some utility companies are desperately trying to get rid of net metering with the deceptive Amendment 1 (read about voting NO on 1 on the November ballot). Battery solutions such as the Tesla Powerwall enable solar consumers to produce and store a lot of their energy, without having to deal with power companies and their net metering shenanigans.


So does the battery live up to the hype? For those who know what they’re getting into, or who have solar, it absolutely does. For the people who aren’t as informed… they might be a little disappointed. The Tesla Powerwall Battery is certainly a step in the right direction towards off-grid living, but there’s definitely room for improvement. If you’d like to learn more about the Tesla Powerwall Battery, or some of the other up and coming options in the market, talk to us today at 407.331.9077. We’ll help you figure out if investing in the battery is right for you.