The Future of Solar


Currently, monocrystalline silicon is used as the base material for the silicon chips that are used in virtually all electronic equipment. Silicon solar cells generate electricity by absorbing photons of visible and infrared light. Perovskite is a calcium-based mineral and their solar cells harvest only the visible part of the solar spectrum where photons have more energy.


In all solar cells, photons of sunlight are converted into an electric current that moves between two electrodes. But by “absorbing the high-energy part of the spectrum, [perovskite solar cells] generate more power per photon of visible light than silicon cells,” says Colin Bailie, a Stanford graduate study who co-authored a study on the perovskite solar cell with Michael McGehee, a professor of materials science and engineering at Stanford.

Of course, to emulate the conversion of currents between two electrodes, solar cell manufacturers could simply put one solar cell on top of the other and the combination would be more efficient than keeping them apart.


But that gets expensive. Perovskite is cheaper to produce and more simple to manufacture, especially when it comes to solar cells. The only problem? Perovskites are easily damaged by heat and readily dissolve in water… not exactly great material for a solar array!


Although silicon is a rock and perovskite is more like a temporary tattoo, the Stanford team didn’t let lifespans deter them, and they found that by combining perovskites and silicon, rubbing a perovskite top layer into a silicon bottom layer, the overall endurance and efficiency of the solar cell dramatically improves.


This could be monumental for conventional solar cell upgrades and future generations of solar cells. Because layers in a perovskite cell can be deposited from a solution, today’s 20-percent-efficiency silicon solar cells could largely heighten their capabilities with perovskite coatings. 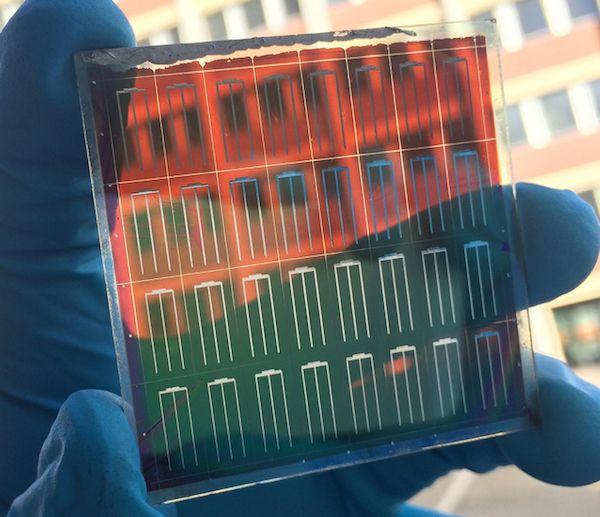 What’s more, in a key finding at the Los Alamos National Laboratory, researchers have found that perovskite can self-heal when given a little time in the dark. The team discovered that the degradation of perovskite cells is mostly an electronic process; when the electric charge is reduced in the cell (at, say, nighttime), the perovskite solar cells can be almost as efficient as before.


Perovskite solar panels aren’t quite ready for rooftops across the nation (that’s likely a decade away), but these developments, coupled with low production costs and the potential of achieving even higher efficiencies, makes perovskite solar cells very commercially attractive in their time.


To find out more, call us at 407.331.9077 or contact us online. We’d love to tell you more about your solar options today… and what they could be tomorrow.