This year’s election came with a lot of ups and downs. Of course, a big win for the solar industry happened when the sham solar Amendment 1 didn’t get enough votes to pass. Trump’s win for Presidency, meanwhile, brought consternation to a lot of people, including clean energy companies.

President-elect Donald Trump has said again and again that he doesn’t believe in climate change, that he will revive the coal industry, and that he will put an end to the Paris Climate Agreement.

He has already begun to undermine the Environmental Protection Agency’s Clean Power Plan (CPP), which restricts the amount of carbon emissions fossil power companies can produce, by appointing Myron Ebell, a climate change denier, as head of the EPA. “I think we’d have to be a bit proud to think that somehow that these last hot years are the fault man and not some larger regular cycle of climate,” Ebell has said in response to climate change.

So What Does This Mean for the Energy Revolution?

If Ebell gets rid of the CPP, allowing coal factories to stay open longer, climate change will get worse. This is a fact, and a lot of environmentalists are aware of it.

“Millions of Americans voted for a coal-loving climate denier willing to condemn people around the globe to poverty, famine and death from climate change,” said Benjamin Schreiber, the climate and energy director for Friends of the Earth, in a reaction statement issued by climate activists. 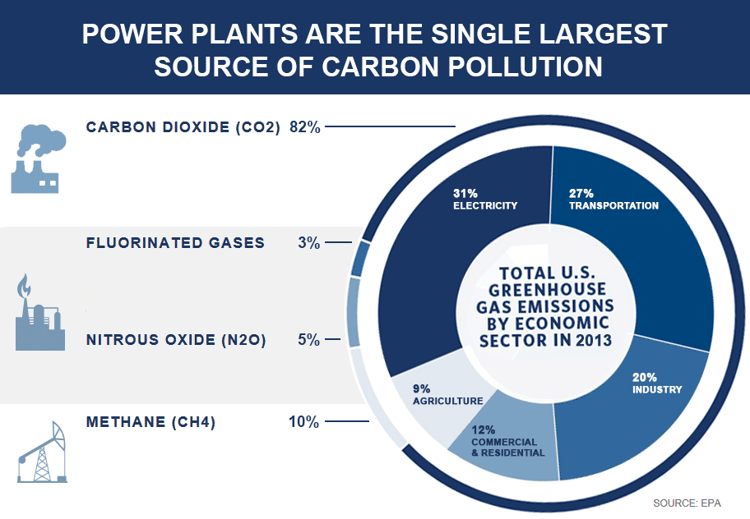 While this is an accurate assessment of the world’s climate situation, there’s still one hope: try as he might, the President-elect cannot actually tell people which power generation technologies they should buy. Incidentally, when it comes to power technology, people buy the cheaper option. And renewables are cheaper than coal.

Even without tax breaks and state incentives (which cannot be easily repealed by Trump), renewables still win out. Equipment costs are lower than they’ve ever been and are continuing to fall. Once renewable technology is installed, too, producers don’t have to pay to harness the wind or the sun. With such competitive costs, renewables just make more sense than other forms of energy.

So while global efforts to halt climate change will suffer from a Trump White House, and U.S. carbon emissions are likely to stay higher for longer, here at Superior Solar we believe in energy economics, and we believe that Trump can’t stop the energy revolution.

Are you tired of paying for your energy? Go solar today and start saving! You can call us at 407.331.9077 or contact us online.